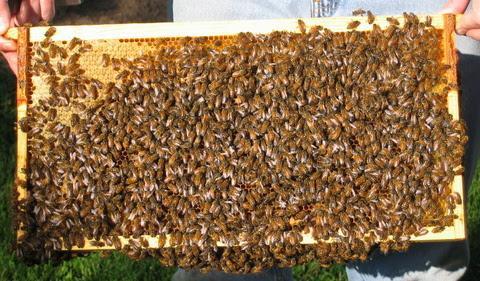 Most of the bees in a hive are female. They are called the worker bees. They have many responsibilities that range from taking care of and protecting the queen, foraging for pollen, building up honey comb (storage cells) , maintaining the hive temperature (heating and cooling), cleaning the hive, making and storing honey, and feeding the larva (called brood).

The male bees are called drones. Their primary job is to mate with the queen and sometimes act as security.

In preparation for the cold winter months, the female worker bees often kick out the male drone bees.

There can only be one active queen in each hive at a time. If another queen is born, the older queens may leave with some bees and find another hive. This can lead to a swarm. Overpopulation inside a hive can also lead to a queen leaving for a another home. This is how I obtained the second hive. I collected a swarm and placed it in the hive box.

How does a larva become another queen, rather than a worker bee or drone? All larva get special food called royal jelly. Worker bee larva are fed honey and pollen as well, but worker bees actually create a new queen by adding more royal jelly in a cell and no pollen or honey.

Even during freezing temperatures, bees can huddle together and maintain inside beehive temperature as high as 90 degrees Fahrenheit.

IS27 Honey Bee  Start Up 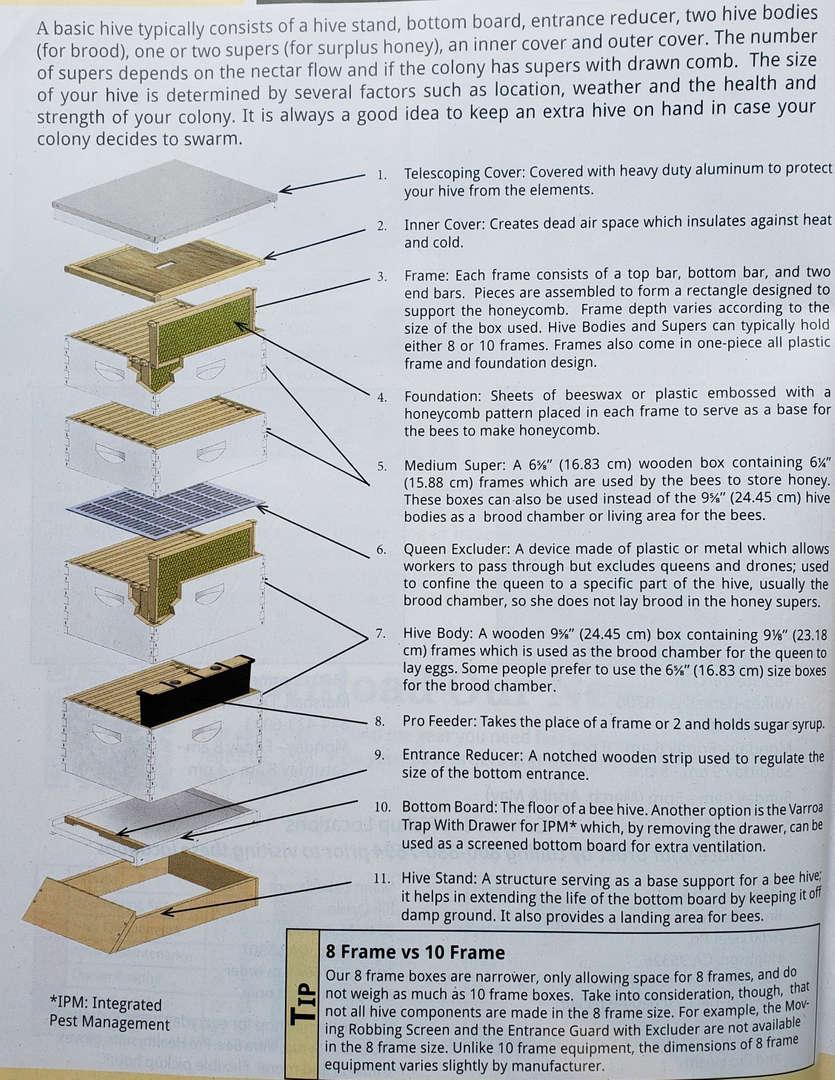